Roger Carlstrom was our friend. His courage was unique and he cared ´genuinely for other people. These characteristics prompted him to openly talk about his illness and what caused it. He was convinced that it was caused by the new police radio system Tetra. Roger wanted to warn others so that they would not be injured as he was.

”I am absolutely sure that it isTetra that caused my tumor.I am extremely concerned that other officers or persons in the emergency services will also be affected.”

Here he is interviewed on Norwegian TV

But it was not enough for him to just warn the police force. Roger realized that other wireless technologies can be equally damaging, especially wireless networks, wifi. He got the same symptoms from wifi as from Tetra.

In addition to set up interviews with the press, radio and television, he also wrote several opinion articles warning of the wireless networks in schools, and the risks that children are exposed to.

He is the ideal police officer, I thought many times: calm, diplomatic and confident.Roger was courageous with a genuine sense of compassion and sympathy to all who were in any way affected by violence or injustice.Had we more Roger Carlstroms in Sweden, we would have a better Sweden.I never heard that he was upset at some time during our many long conversations, even though he had good reason to be immensely angry at both government officials, authorities and industry experts behind the technology.It’s their misinformation and lax legislation that paved the way for his fatal brain tumor as it does not protect against neither cancer nor the severe neurological symptoms he initially suffered.Yet those whose job it is to legislate the use of wireless technology claim that there is no risk.This group of people bears a great responsibility for Roger’s early death, and many, many others as well.In one of his opinion pieces warning of the wireless networks in schools, Roger wrote:

”I can only conclude that the authorities lie. They are betraying children and their parents in the rudest way … ’I get clear symptoms from microwave radiation and, in particular, as soon as I exposed to radiation from wireless networks. This radiation seems to be particularly harmful. Yet this technology is being introduced massively in schools and kindergartens without considering the risks to the children.”

Roger tackled the difficult news that he had a brain tumor, glioma grade 4, the worst kind, the one that almost no one survives, with the unique positive attitude that was his trademark.He was confident that he would survive this difficult challenge.His optimism likely contributed to the fact that he survived as long as almost 3 years.Many live only 3-6 months after diagnosis.

I hope you are fine where you are now in your heaven Roger Carlstrom.We miss you and we will never forget you.

Our thoughts are with Roger’s family, relatives and close friends and colleagues.

Below is an interview with Roger Carlstrom, in Autumn 2012 and a list of links to a selection of the many interviews he attended and articles he wrote.

Police officer in Sweden got malignant brain tumour from Tetra

Roger Carlstrom has worked as a police officer in southern Sweden since 1987 and has largely been healthy until 20 years later, when he was fitted with the new police phone and Rakel system was introduced. Then his health rapidly declined. During the Christmas holidays in 2011 the health problems that Roger for several years had linked to the new Tetra police radio system and handset culminated. Roger collapsed when bicycling and doctors found that he suffered from a malignant brain tumor.

In 2007, the Skåne police Rakel system began using a new wireless communications system called Tetra.Roger was one of the police officers who was given new Tetra handsets, without receiving any information about the serious risks that had been linked to the Tetra technology for years.

Almost immediately, after a few months, Roger who is 47 years old, got health problems with the Tetra system in the form of severe rashes.A dermatologist said that the red dots all over the face was ”rosacea”.Roger noted that the rashes appeared as a direct effect whenever he was  exposed to the new Tetra technology.The rashes got worse once he used the phone and it disappeared when he did not use it or when he was off duty.He therefore filed an occupational injury complaint in 2008.

”It was very easy to see.The more radio traffic over Tetra, the redder I was in the face after the session ended.After several hundred sessions, it became even clearer.Regardless of what I did or where I was, it was the Tetra exposure that was the decisive factor behind the symptoms,” says Roger.

In some situations when the entire 8 policemen in his group had a portable Tetra handset turned on, he was flushed red in the face at the end of the shift.Before Tetra they used an analog system, which caused Roger no health problems whatsoever

Roger’s skin problems got worse and worse.It was necessary to begin with several days off and afterwards holiday sun to make the the red spots disappear.He noticed that while rosacea flared up, he also had other problems such as difficulty concentration, extreme fatigue, and insomnia:

”My sleep was totally destroyed,” he says.

After a few weeks of vacation, he was largely restored but the problem came back again as soon as he started working with Tetra.

Gradually he noticed also that even skin problems flared up when he was exposed at home or in the workplace for wireless computer networks (wifi).

He then had to move to an area without wireless networks. The rashes then disappeared.

In December 2011, Roger felt increasingly ill.He had several episodes of fainting, suffered recurrent headaches, felt pressure in the head and an abnormal fatigue.He therefore went to his family doctor, worried that it could be a brain tumor.

”She examined me but reassured me that it was not a brain tumor, but most likely a stomach ailment.”

A few days later he crashed into a fence during a bike ride.On Christmas Day, he got still worse, had blurred speech and his left part of the face began to droop.This could indicate a stroke and he therefore went to the emergency room at the hospital in Trelleborg.

”There I was immediately sent for X-rays.There were changes in the brain on the right side. ”

He was sent by ambulance to Lund where they immediately did a magnetic resonance imaging (MRI).An approximately 3.5 x5 cm large tumor in the right temporal lobe (at the temple) was discovered.The same side that he used to use the Tetra handset on.

On 29 December 2011 he underwent surgery and the tumour was removed.

”I’ve been sick and therefore away from work, and my red facial rash is completely gone since I no longer use the Tetra handset.”

When he got rosacea and could link it to Tetra, he sought after information about the technology.From England, he found extensive information on risks of the Tetra system, about English policemen hit by various problems, diseases and even cancer deaths.

His colleagues are worried after what happened to Roger and wonder about the risks of the system.Roger has made a request to their safety representatives that measurements of the radiation from the handsets should be performed , but the National Police refuse on the grounds that all units are below the guidelines, based on the ICNIRP recommendations.The guidelines explicitly protects only against the effects of a 6-minute exposure and exclude long-term effects such as cancer.The measurements made so far have been made by Tetra manufacturers themselves.Swedish Authority for working environment even argue that it would not be possible to measure the radiation.

Roger’s tumor was surgically removed.He has gone through several months of tough radiotherapy and will now go through six months of chemotherapy and constant checks.He begins to connect with other officers who also had health problems that they can relate to Rakel equipment, in the form of rosacea and chronic fatigue syndrome.

”I am absolutely sure that it isTetra that caused my tumor.I am extremely concerned that other officers or persons in the emergency services will also be affected.”

Interviews and articles by and with Roger Carlstrom:

Interview on SVT Sydnytt May 2012 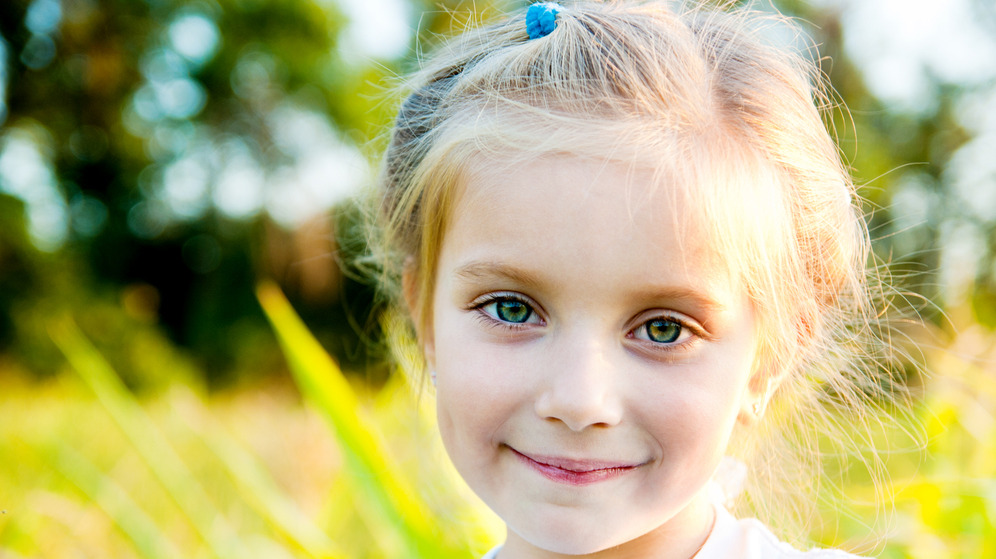 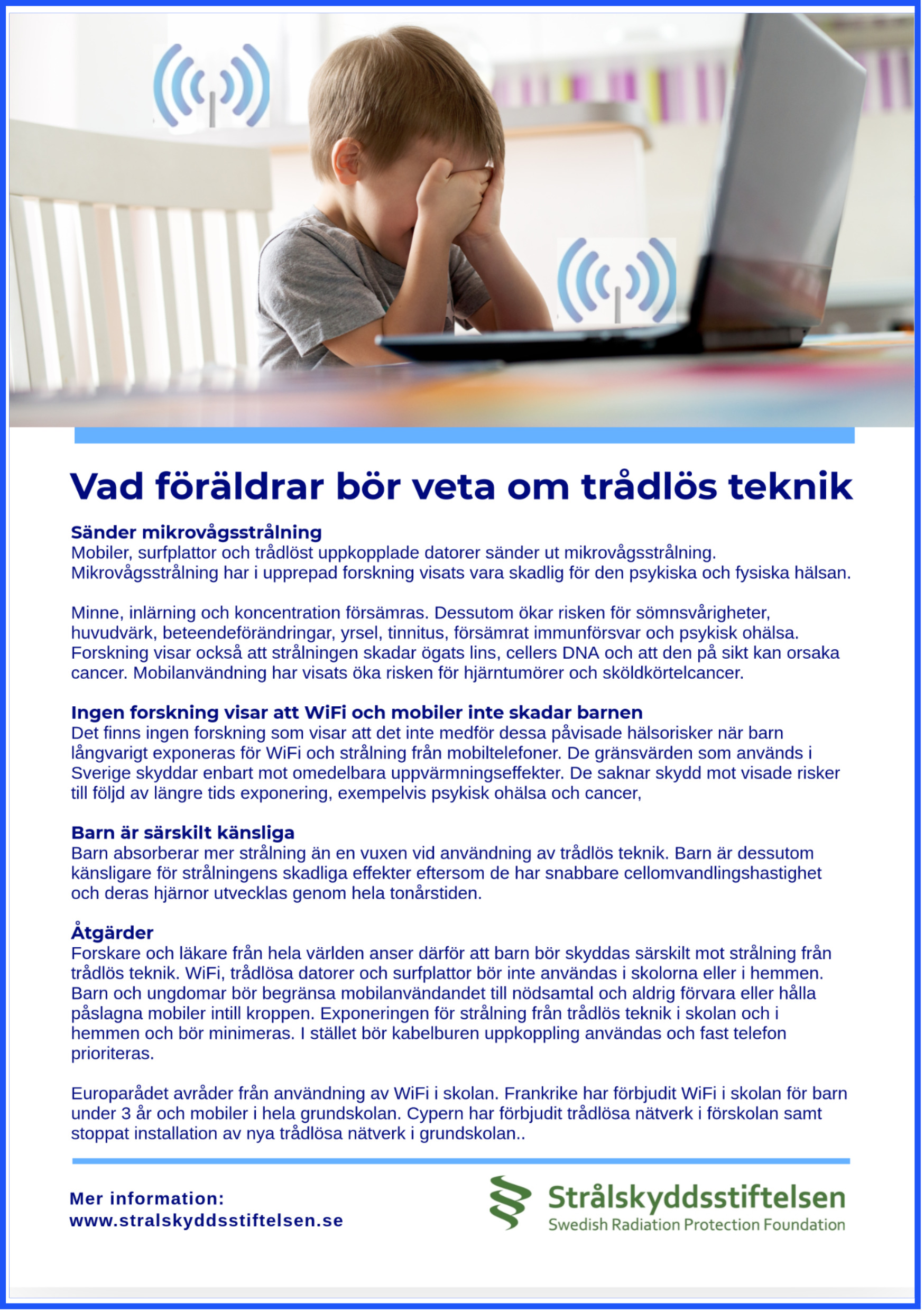